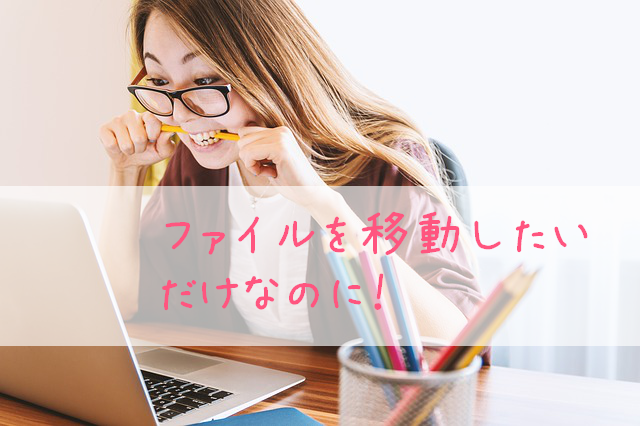 When you want to move a file or folder, you want to write a batch. However, the "move" command cannot move between drives. In this case, several commands must be combined.

For example, suppose you want to move a file or folder on drive D to drive E. Let's take a look at the reference for the "move" command.

move" is only for the same drive.

The second value can only be the name of the directory to be changed. In other words, it is not possible to move from one drive to another. As a test, I tried specifying the full path as the second value, but this resulted in an error as a syntax error.

The "xcopy" command differs from the "copy" command. If specified in the options, it will copy while creating the same hierarchy at the destination as at the source. You can also copy to a different drive.

Windows" manages drives by splitting them up. Linux" and "Unix" ("Mac" is a "Unix" derived OS) have a central entity called "root".The idea is that each folder (called a directory) is hanging in contrast. Be aware that different operating systems have different ideas.